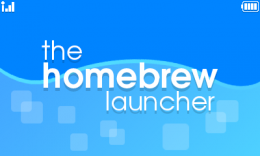 It was a while since the last update but I could not leave it as is with so many stability issues. So here it is:

filter homebrew launcher itself from the list of homebrews (issue 13)
fixed random freeze caused from multi threaded access to elements list in a frame (issue 6)
changed maximum depth of ELF file searching to 1 sub-directory only
fixed wrong homebrew buttons order display in some cases (issue 15)
don't allow a second wiiload/sendelf send if the first one just finished and is being started
add font smoothing thanks to @Maschell
Cliquez pour agrandir...