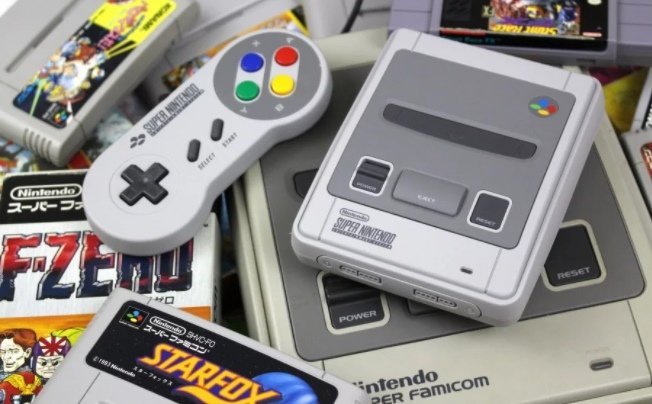 Massive Refactoring and Updating of nearly every Core! FBA is now designated as FBA2016, so as to avoid confusion on the difference between FBA & FBA2012, as far as which is newer and which is older! If you previously had issues running games on FBA, things should be much better now with the Updated Code! Neo-Geo Bios configurations also adjusted for this change

For those who want to dual use Gambatte & MGBA, I added extra command lines for both, so they can be dual used! /bin/gambatte & /bin/mgba for dual usage

PicoDrive is updated to 1.92!, and now sram saves work! Thanks notaz for the great Code Changes! MAME 2003 with System 32 Support is now in the Extras & Dependencies Folder. Current MAME 2003, with additional support for "More" Games, is in Main Folder now. Hyper Street Fighter II, Metal Slug 4, Windjammers (Yes, finally!), Sengoku 3, King of Fighter 2000, DonPachi, Vasara 2 , and many others now function on MAME 2003! Enjoy the absolutely amazing compatibility update for MAME 2003! Atari Lynx (Handy) was also updated. Final Burn Alpha Updated. Updated the Filters in Extreme RetroArch in Extras & Dependencies Folder. Added 8bitdo firmware that is compatible with both NESC/SNESC. As always, I recommend uninstalling any previous Cores, then deleting from your User Mods folder, and replacing with these! Enjoy today's update!

Added MAME 2014 Core! It favorably handles 7zip Compression! It is also a little bit of a space drainer, and somewhat cpu intensive. But, it is a good option for certain games that cannot run on MAME 2002/2005/2010. Added NEC PC-98 Core (NP2kai), which is a nice computer with many great games! Updated Info Files. And, lastly, did some refactoring of code. Uninstall RetroArch + any SNES9x Cores, and Install these Updated ones

Enjoy today's second update! And, have fun with the MAME 2014 Core!

Updated Cluster's Save State Fix into RetroArch. Saves are no longer 2 Mb! The snapshots are now compressed. Remember, if you do not see save states within Save State Manager, and do not mind ridding of them, you can use Factory Restore Settings from the actual Mini NES/SNES, itself! It will do absolutely no harm to your folders/games. It only wipes out save states and sram saves! I also updated Stella (Atari 2600). And, finally FCEUMM is updated, too! I can confirm SNES9x does, in fact, run BSX-Satellaview Games! But, some of them, such as F-Zero Grand Prix 1-4, require special patches to bypass the intro screens, unfortunately. Enjoy the Update!

Updated ProSystem, Fuse, Game & Watch, MGBA, RetroArch to 1.6.7. With Newer RetroArch, you may need to manually exit RetroArch if Home Button/Reset Shortcut does not function properly! I had to do it once, then was able to use home button after that

. In Core Information there is an option to Delete Cores right from there! I would NOT use this option til it is further tested and deemed safe to use. Hakchi is still the best current way to uninstall Cores. Lastly, I added SNES9x 1.54.1, as well as Dual Core'd it in Dependencies & Extras Folder. Let's hope we can run some MSU-1 & more BSX-Satellaview Games, amongst other things!, with this update

Updated FMSX To Main Set, along with ReadMe, and Fceumm in RetroArch. Note: With FMSX Save Core Override must be used to keep selected controller upon reboot

Updated FBA. And, per request, updated FMSX. But, due to unreliability with controller configuration sticking. Controller needs reselected upon every exit to gui and back into an msx/msx game. As a result, it has been placed into Dependencies & Extras Folder, unless further testing deems it otherwise. The other FMSX is inside Main Release, as it is more stable (controller wise), for now.

Updated Genesis Plus GX, FBA 2012, Fceumm in RetroArch, Added FDS Bios Support, Added MAME 2003 Variant which can run KI/KI2 (albeit very slowly!). This Variant is located in the Dependencies & Extras Folder. Due to the MAME 2003 that is in main set, being able to run Sega System 32 Games, the KI/KI2 capable one will not be replacing it. It is just there for testing purposes.

Added Dependencies & Extras Folder, which includes the requested put back of the Dual-Cores for SNES9x 2002/2005/2010.